Update: This now seems to be a non issue as Bing, or Analytics, i’m not sure which, have made a change resulting in Analytics once again correctly identifying all Bing organic traffic as bing / organic from the 19th August.

You’re probably here as like many webmasters and marketers you have noticed that recently there has been an apparent and significant drop in your Bing organic traffic showing in Google Analytics reports. The good news is that actually your site hasn’t had some kind of Bing ranking penalty, rather something is afoot that is making some of your bing / organic traffic actually register as bing.com / referral in your Analytics.

Why is this a problem?

It essentially means that from hereon out all your organic traffic reporting is wrong and measuring increases and decreases is now very difficult. Not a great situation if you are an SEO and/or organic traffic growth is important to you.

Why is this happening?

As reported by Search Engine Land and others who say that Bing have told them “Our move to encrypt search by default as reported here — and which is currently ongoing — combined with how search traffic is being identified has likely contributed to the issue becoming more noticeable in recent weeks.”

What can be done about it? 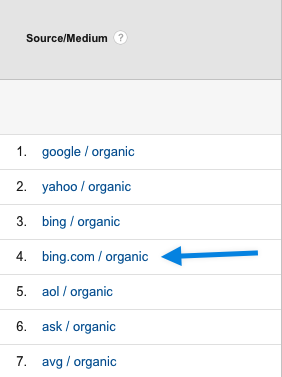 Despite the albeit limited coverage no-one seems to have come up with a solution so I revisited an analytics filter i’d used before that enables me to customize the source or medium name associated with a traffic source (I turned various web mail referrers into a ‘webmail’ medium). Essentially I turned bing.com / referral into bing.com / organic. Ideally i’d have turned it into bing / organic which is identical to how all previous Bing organic is represented but i’m not sure thats possible without it messing with my Bing PPC numbers as represented in Analytics. Still it’s a pretty good workaround and now your organic traffic numbers are accurate again in most reports. *Note – in the ‘channels’ report it doesn’t recognise bing.com / organic as an organic traffic source. As Bing are aware of the issue hopefully they’ll do something that will negate the need to use this filter in the future.  I expect this to become more of an issue from tomorrow (29th July 15) as Windows 10 and the new browser ‘Edge’ launches probably with Bing.com preloaded with https encryption.

And here’s my solution… 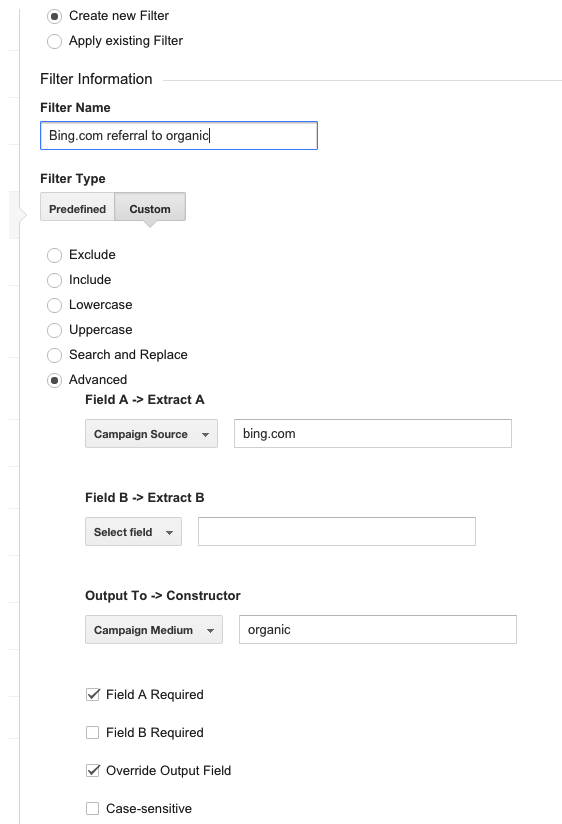 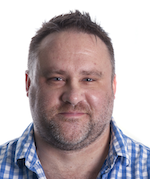 I make businesses more money through increasing traffic and conversion rates and improving online strategy. In this blog I offer some comment, advice and musings on what can make your site rank better & more productive. I also write about what I find interesting, frustrating, funny and just plain silly when it comes to SEO and related subjects. - Andy

Get my posts by email!

(You wont be spammed)